Investing in Oracle NetSuite consulting is an important consideration for the future of your company. Work with a well-rounded support team to streamline your business like never before. Your dream team is a NetSuite accountant in conjunction with a NetSuite partner.

With the correct setup, NetSuite provides real-time visibility of your company’s financial performance and functioning. This accurate data allows you to solve issues standing in the way of your company’s growth. Our team can help your business:

Our services will be customized to help you reach your specific business goals. Reach out to find out how we can change your financial future.

"Data is the new oil"

Enjoy the Benefits of NetSuite Consulting

We can give you a clear path to success implementing NetSuite. Our NetSuite consultants can choose and integrate the right modules, licenses, and user profiles and help with issues like lack of accounting understanding, reporting, intercompany transactions and more. We’ll handle a lot of the work of importing data, doing your accounting, and maintaining NetSuite.

Why Choose Fusion CPA as Your NetSuite Consultants?

With the help of our NetSuite accounting team and certified NetSuite partners, you can mitigate the risks associated with migrating to different software and make the most of NetSuite’s functionality. With us, you will have dedicated, personalized assistance that doesn’t compare to any other software support team. Our NetSuite team is dedicated to growing businesses.

Talk to us about getting the most out of NetSuite

We Answer Your NetSuite FAQs

How Much is NetSuite?

NetSuite has a flexible pricing model tailored to the needs of the customer. ERP configurations, total user account, add-on modules, and contract length influence the price.

NetSuite offers its software in pre-bundled vertical additions. These can be beneficial for organizations that want to quickly identify the package module that will address their organization’s needs.

What is NetSuite Software and What are the Different Products?

NetSuite can administer many aspects of your company and increase in scope when you’re ready, so it’s perfect for scaling your business. It is cloud-based, so it can save you and your team a lot of time as data is always current and accessible. You will be able to log into your NetSuite dashboard from any computer or mobile to view your business performance.

Explore all the NetSuite modules and their functions

What is NetSuite Used for?

NetSuite comes with customer relationship management (CRM) and finance modules and you can choose the add-on NetSuite modules to assist with your specific business needs, like manufacturing, or advanced order management and POS for retail and eCommerce. Depending on the size of the business, retailers use SuiteCommerce or SuiteCommerce Advanced.

Businesses rely on NetSuite for seamless cloud delivery and to strengthen their competitive advantage.

NetSuite is a versatile tool and is used differently in every business. It is best optimized by an experienced NetSuite consultant who can train your team to use the software they need on a daily basis. We offer NetSuite integration, plus accounting. This approach makes the most of the software’s abilities.

What App Integrations Does NetSuite Have?

NetSuite integrates with a wide variety of apps. Popular integrations include Salesforce, HubSpot, Magento, Shopify, Expensify, Stripe, WordPress, ADP, Concur, Microsoft Power BI and EDI. You can use software like Celigo to automatically reconcile data in NetSuite and manage integrations with a huge variety of apps.

NetSuite has no hardware, no hidden licensing fees, no complex setups, and no maintenance fees. Their payment terms are flexible, making it accessible to SMBs who want to make monthly payments, or you can opt for yearly payments.

When Was NetSuite Founded?

In 1998, Evan Goldberg used funding provided by Oracle’s executive chairperson, Larry Ellison, to found NetSuite. At that time, the company was named NetLedger. One can say that this was the first true cloud computing software company.

In 2007, NetSuite went public. It was backed by an experienced leadership team and saw explosive growth.

In 2007, the idea of software being delivered through the Internet was groundbreaking. The company’s run rate skyrocketed from a million to over a billion in short order as it pioneered SaaS technology.

In 2016, Oracle purchased NetSuite. The companies merged their resources to better serve small to midsize businesses and global enterprises effectively.

Oracle Corporation is mostly owned by Larry Ellison, a co-founder, executive chairman, and chief technology officer of Oracle. He owns 36% of its shares.

How Many Companies Use NetSuite?

Today, NetSuite’s software is used by over 21,000 companies in over 200 territories and countries. In the United States, NetSuite has around 5,646 customers. It’s the most widely used ERP in the world.

What Companies Use NetSuite?

NetSuite allows companies, regardless of their size, to manage critical business processes with just one system.

Large companies in the US that use NetSuite

Small businesses that use NetSuite

They typically have revenues that range from $1 million to $5 million. Small businesses that use NetSuite include:

NetSuite consultants who
understand that your business
is unique

We specialize in helping companies optimize NetSuite – whether they have been using it for a while or want to migrate to NetSuite.

Moving to a different software is often scary and a bit like flying a plane. It takes a lot of work to get off the ground, but it is truly worth it and you can take your business to new heights. NetSuite is an extremely customizable software and our NetSuite consultants can do just this – turn all the knobs and dials until it is optimized for your unique purposes.

Since I’ve been with Fusion, they have provided with me a solid business plan to continue my growth, both horizontally and vertically. They implement streamline review, critique, and implementation, that allows for any and all companies to assess their worth and, in turn, allocate the best resources to turn maximum profit. In short, Fusion CPA will take your company from tier-1 to top-level with their expertise, top-notch advice, and excellent implementation.

View All Our Reviews

Philz Coffee is a Family-Owned Business Scaling with NetSuite

The way I look at it, it's like having one store a thousand times, which means growing large in a micro manner, so we can keep that specialness which made the business what it is today.
NetSuite fits our needs the best in terms of being cost-effective and providing us the functionality and capabilities we need one year from now, and ten years from now.

As Brex grew, so did its accounting software needs. Before going public, Brex switched from QuickBooks to Oracle NetSuite. They wanted a system that was able to grow with their organization.

Key Features that Drew Them to NetSuite

They could integrate NetSuite with their unique software. With Brex, this functionality was key. It allowed them to stack their tech together in a single system. This gave them peace-for mind that they’d be ready for an audit.

NetSuite integrates with other software tools. This gives it advanced functionality to handle things like cash management, tax compliance, automated depreciation, and amortization. Prior to using NetSuite, company leaders needed to gather monthly depreciation and amortization reports from spreadsheets. Now, with the touch of a button, all the information they need is in hand.

Read: 5 Signs that You Have Outgrown QuickBooks Online 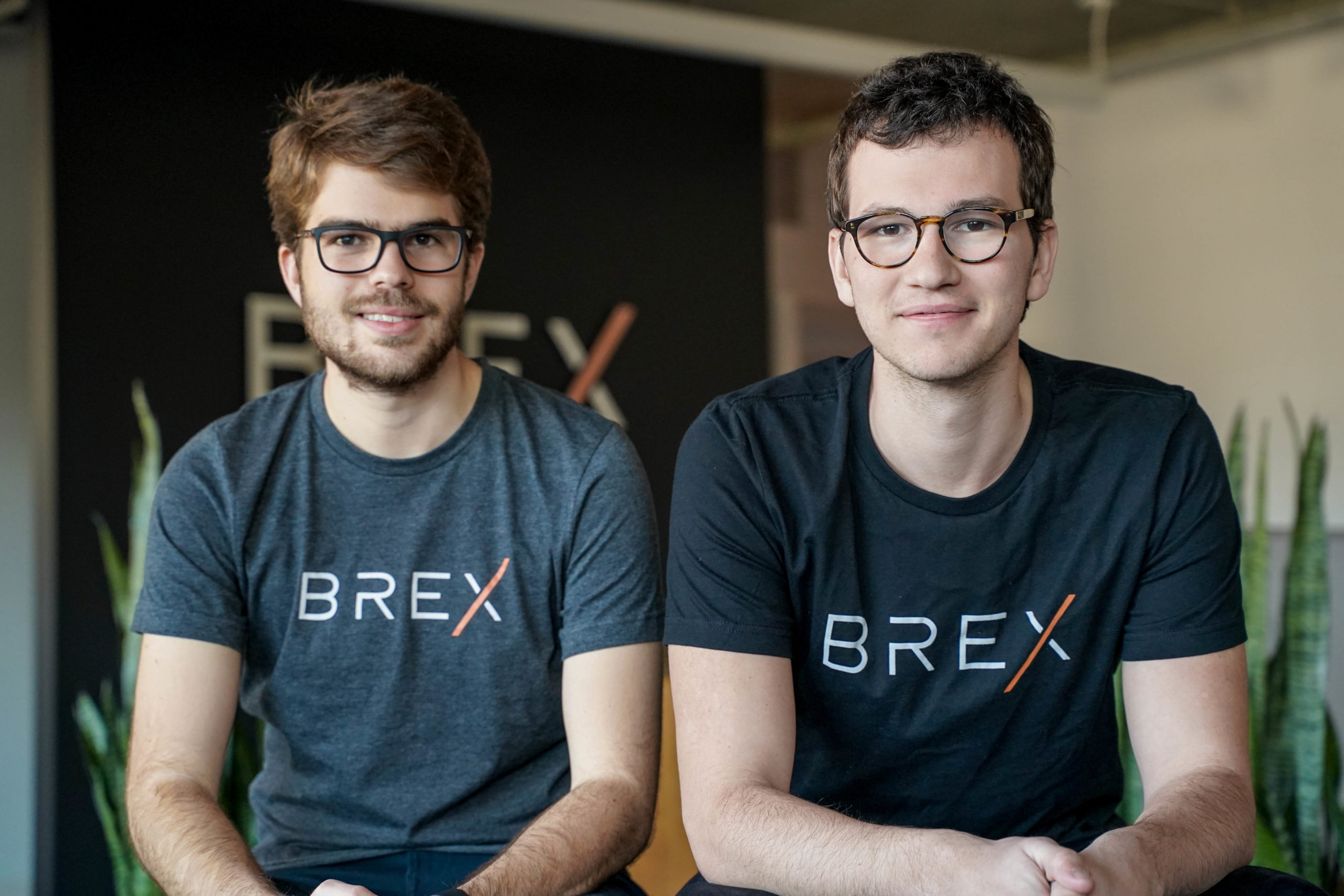 Brex was founded by Brazilian-born entrepreneurs, Pedro Franceschi and Henrique Dubugras, in 2017. Their FinTech company helps startups get credit cards that have limits between 10 and 20 times higher than that of traditional credit cards – with no personal guarantee.

By March 2018, Brex had $10 million in annual recurring revenue. In May 2020, Brex acquired three other companies. Brex has raised $465 million and boasts over 400 employees.

Operating in a low interest rate environment, Catholic Order of Foresters is facing challenges. As life insurers, it matches its investment to mortality rates. Due to the low interest rates, many higher-rated investments are either being called or paid down faster than insurance products are right now. Because that put a strain on profitability, their senior VP of finance said they decided to invest in new cloud-based technology where they could predict costs easily.

Integrating data is seamless with NetSuite. That will definitely free up some time. Instead of having to manually enter everything into accounting software, we’ll just be integrating directly into our new NetSuite cloud ERP system. 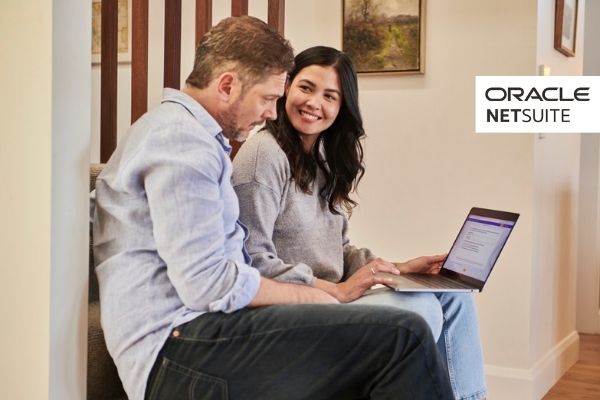 Read more about NetSuite tips and tricks and some of the best business advice when it comes to software integration from Fusion CPA. 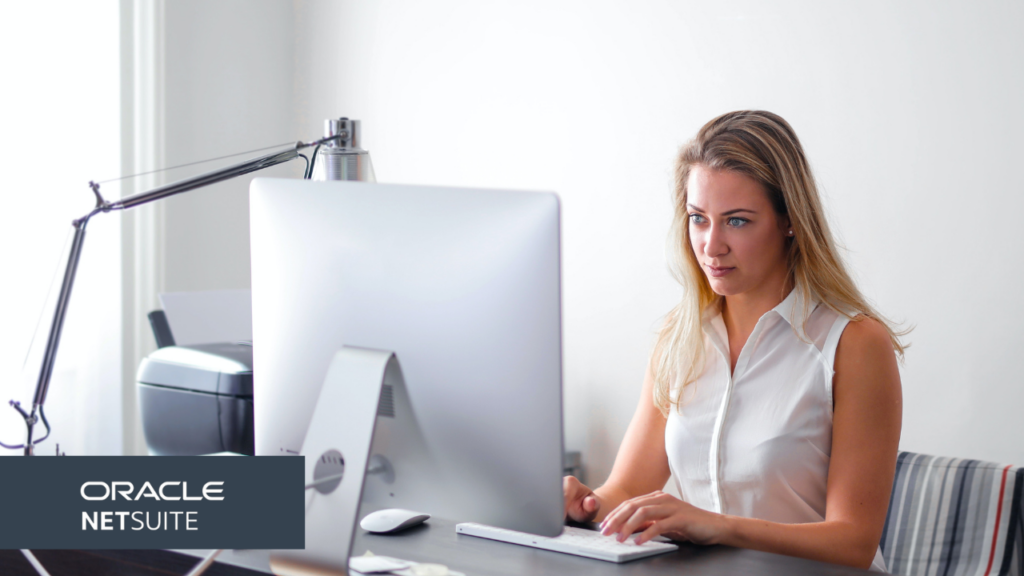 Learn more about NetSuite and its different packages in our NetSuite Modules List. Modules are additional functions that can be purchased and integrated with the system. 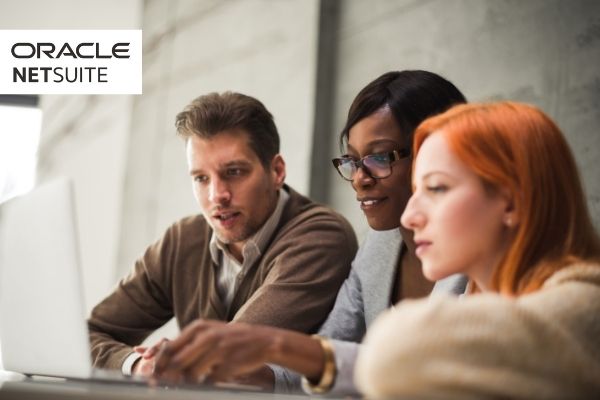 NetSuite Implementation takes a lot of work and know-how to execute successfully. Our team takes you through our NetSuite implementation checklist. 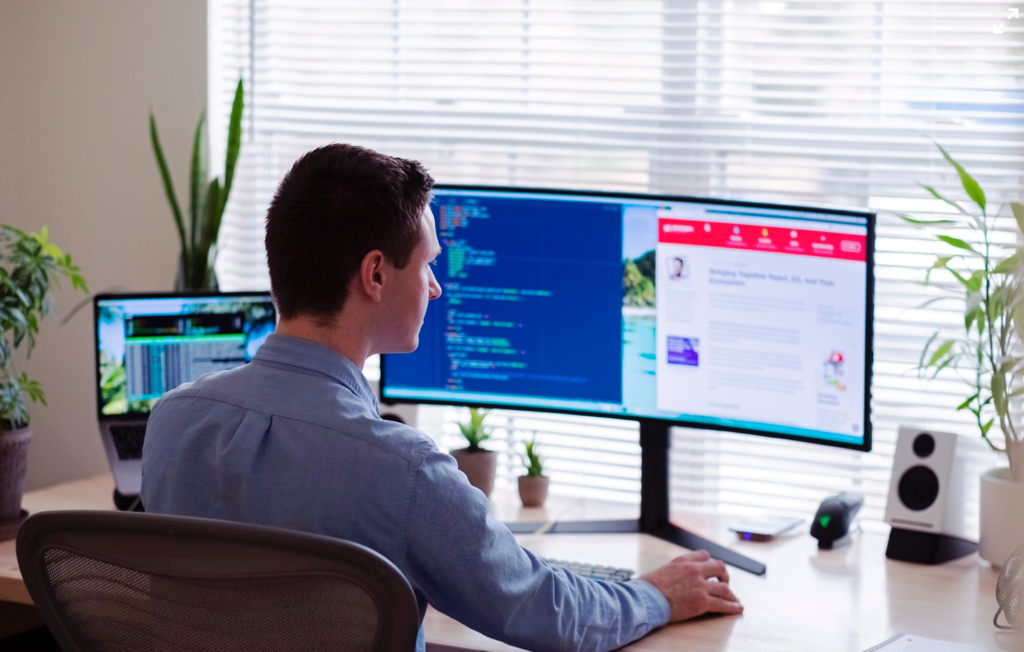 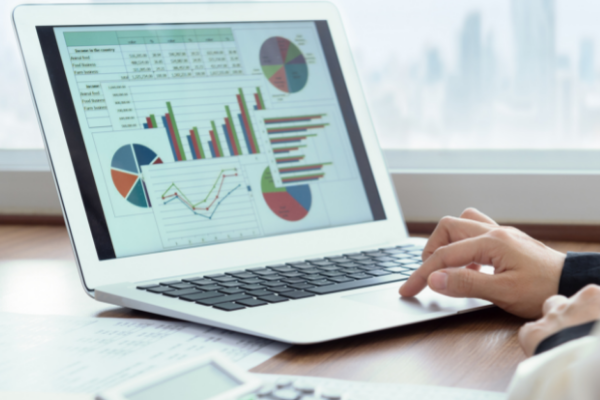 We help businesses make sense of NetSuite – the most popular ERP in the world. Let’s look at how NetSuite’s price is 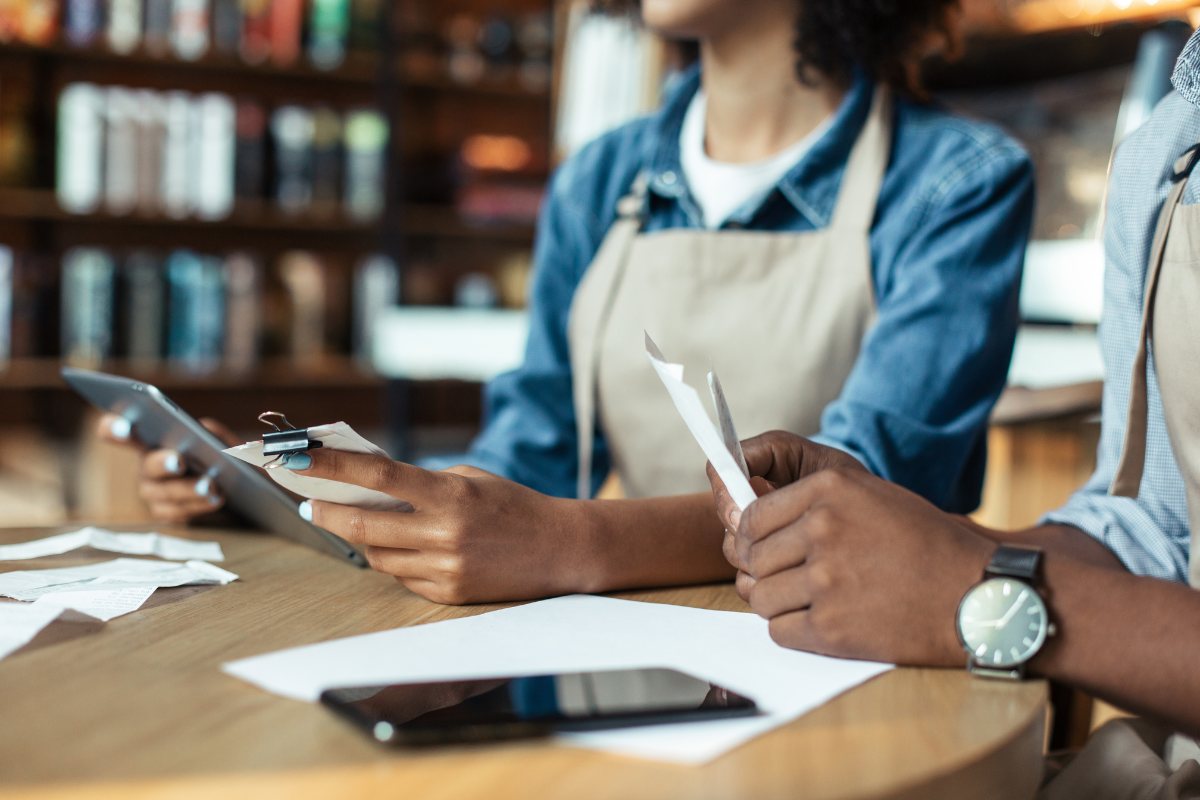 5 Signs that You Have Outgrown QuickBooks Online

When you have outgrown QuickBooks Online, knowing where to turn can help you better manage your company’s finances and accounting with ease.