Everything You Need to Know About Tax for S Corps 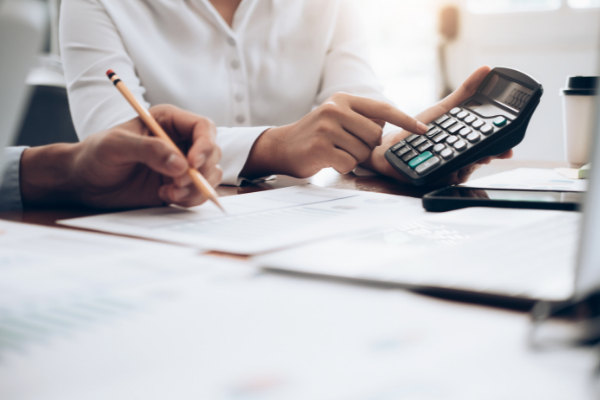 Starting a business with the goal of “taking it public” or attracting institutional investors is the goal of many entrepreneurs.

Bootstrapping a business and trying to grow it as large as possible, with the goal of either staying on as the founder/CEO or eventually selling to another business, is another common goal of entrepreneurs.

A third objective for starting a business is aiming to sustain a particular level of income with as few employees as possible. These entrepreneurs don’t have the ambition to grow as big as possible and eventually sell. Their goal is to build a business to a specific income level that can sustain the founder’s preferred lifestyle. This is where the term “lifestyle business” comes from.

Where does an S corporation come from?

Both C corporations and S corporations are born the same way – by filing Articles of Incorporation with the state in which the business will be located. (A business organized as a limited liability company can also elect to be treated as an S corporation for tax purposes.)

Once a business has incorporated, it can choose to be taxed either as a C corporation or S corporation.

If the business wants to be taxed as a C corporation, nothing further needs to be done. The default tax entity for an incorporated business is the C corporation.

If the business wants to be taxed as an S corporation, Form 2553 (“Election by a Small Business Corporation”) needs to be filled out and submitted to the IRS. Filling out Form 2553 and submitting it to the IRS is also referred to as “making an S-election.”

A simple structure for simple businesses

If you wanted to start a business in the first half of the 20th century, you had two options:

Neither of these choices was favorable for small and family-owned businesses. In 1946, the Department of Treasury suggested the third choice of entity, one that combined the liability protection of a C corporation with the single layer of taxation from sole proprietorships or partnerships.

U.S. taxpayers waited another 12 years before this suggestion of a hybrid entity actually came to fruition. In 1958, Congress and President Dwight Eisenhower created Subchapter S of the tax code. Subchapter S provided the benefit of limited liability that C corporations have while maintaining the tax benefits of sole proprietorships and partnerships.

The S corporation was created to address the specific problems faced by small businesses looking to enter markets dominated and controlled by large corporations.

There were four trade-offs, however, to using the new S corporation entity structure:

For many small businesses in the mid-20th century, these limitations were often never an issue.

Let’s take a closer look at each one of these limitations and how they affect businesses 60 years after the S corporation was written into law.

S corporations: Must be a domestic business

When grappling with how to best help small businesses in the United States, the Internal Revenue Service, Congress, and President Eisenhower recognized the need for a business entity that combined the limited liability of a C corporation and the simplicity of a sole proprietorship or partnership.

Our esteemed politicians also understood that a new, hybrid business entity could lead to all kinds of unintended consequences. (That’s how the U.S. tax code works, right? Congress passes a law, then CPAs and attorneys figure out different ways of legally working around the new law.)

To make sure that this new, hybrid entity would benefit only U.S. small businesses, the first limitation of an S corporation is that it must be a domestic business.

One of the reasons the number of allowable shareholders kept increasing was to accommodate family businesses that grew over multiple generations to include multiple family members. This problem was also addressed in 2004 when new rules allowed all members of a family (as defined by the tax code) to be treated as a single shareholder.

S corporations: Limitations on who can be a shareholder

Shareholders of an S corporation must be U.S. citizens or residents; non-resident aliens are not permitted to be a shareholder.

Shareholders must also be natural people; therefore corporations and partnerships are ineligible to be shareholders.

Certain trusts, estates, and tax-exempt corporations (including 501(c)(3) corporations) are eligible to be S corporation shareholders.

There have been ongoing discussions about this particular limitation and if changes should be made due to the global nature of today’s economy. When the S corporation was born in 1958, opportunities to be a nonresident alien shareholder were not that common, for example. But in today’s global economy, many businesses have employees as well as owners and investors located in multiple foreign jurisdictions.

While the limitation on who can be an S corporation shareholder will likely never completely go away, stay tuned to see what changes might be made in the future to accommodate the everchanging way that countries around the world conduct business.

S corporations: Can only have one class of stock

The Internal Revenue Service’s definition of a single class of stock means that all shares of stock outstanding must provide “identical rights to distribution and liquidation proceeds.”

Another way to interpret this definition is all profits and losses are allocated to shareholders proportionately to each shareholder’s interest in the corporation.

The effect of these limitations affect S corporations

For sure, some businesses would have trouble avoiding these four limitations. But for the vast majority of businesses who elect to be taxed as an S corporation, these limitations rarely get in the way. And the statistics of S corporations back up this theory.

Despite the extra hurdles S corporation shareholders need to jump through, the S corporation was a smashing hit with U.S. small business owners.

The S corporation is the only business entity where you can lose your entity tax status.

And it’s pretty simple to do it.

All a business has to do to lose its S corporation status is violate one of the four restrictions mentioned earlier in this article:

If you’re starting a business with the goal of raising capital or attracting investors at some point in the future, electing to be an S corporation could possibly hinder these efforts.

What happens if you have an angel investor from England who wants to provide your business with several hundred thousand dollars? What about a venture capital firm headquartered in Singapore wanting to invest in your business? You would have to turn down both these potential investors because the angel investor is a foreign alien, while the venture capital firm is a partnership. Both foreign aliens and partnerships are ineligible to be S corporation shareholders.

If you are fortunate enough to find angel investors who live in the U.S., many companies will require a number of different investors. The 100 shareholder limitation can fill up pretty quickly.

S corporations are a great option for lifestyle businesses

President Dwight Eisenhower and Congress were successful in creating a hybrid entity that helped small business owners in the U.S.

With most featuring three or fewer shareholders, very few S corporations have to worry about the hurdles surrounding who can be a shareholder, the number of shareholders, being based in the U.S., and having only one class of stock.

That’s why the S corporation is a perfect fit for these lifestyle businesses whose owner has no grand ambition to grow the business as large as possible and attract as many investors as possible.

This section discusses filing an S corporation tax return and the associated Form K-1s. If you have an S corporation, please contact our office with any questions about how to file a Form 1120-S or how to include a Form K-1 on your individual tax return.

Information from your Form K-1

The K-1 you receive from your S corporation will contain the following information to report on your individual income tax return: Ordinary business income or loss; Rental income or loss; Interest income; Dividend income; Royalties; Capital gains or losses; Other income or losses; Section 179 Expense; Deductions that don’t get rolled up into the business’s overall profit or loss for tax purposes; Tax credits; Items that affect alternative minimum taxable income; Items that affect shareholder basis.

This is just a quick overview of Form 1120-S and Form K-1. Please call our office if you have any questions about filing a tax return for your S corporation or how to report K-1 information on your individual tax return.

Does an S corporation shareholder need to pay quarterly taxes?

Deadline to pay your estimated taxes

For estimated tax purposes, your tax year is divided into four payments periods:

NOTE: If the payment deadline falls on a weekend or legal holiday (i.e. Martin Luther King, Jr. Day in January and Washington D.C.’s Emancipation Day in April), you may wait until the following business day to mail or submit your payment.

How to calculate your estimated taxes

Here are some suggestions for figuring out how much your estimated tax should be:

How to pay your estimated taxes

You can send estimated tax payments with Form 1040-ES by mail, or you can pay online, by phone, or from your mobile device using the IRS2Go app. You can pay your estimated taxes weekly, bi-weekly, monthly, etc. as long as you’ve paid enough in by the end of the quarter.

Speak With A CPA Today!

Find out more about how other business entities are taxed:

This blog article is not intended to be the rendering of legal, accounting, tax advice, or other professional services. Articles are based on current or proposed tax rules at the time they are written, and older posts are not updated for tax rule changes. We expressly disclaim all liability in regard to actions taken or not taken based on the contents of this blog as well as the use or interpretation of this information. Information provided on this website is not all-inclusive and such information should not be relied upon as being all-inclusive.