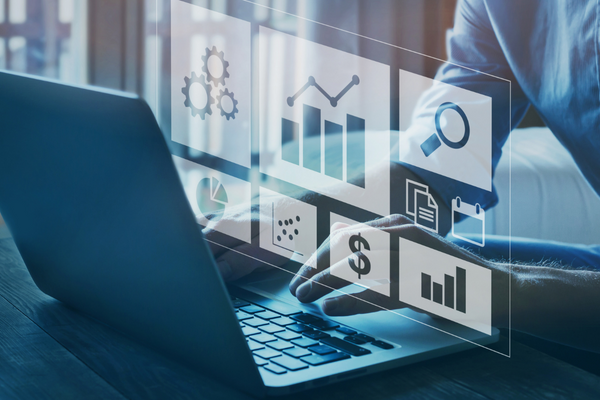 While S corps came into existence to reduce red tape and simplify things for small businesses, it does not come without limitations. When embarking on a business venture using the S corp entity structure, it is important to understand the limitations that come with S corp establishments and to ensure your business has adequate processes in place to mitigate some of the regulatory drawbacks of forming an S corporation.

1. S corporations must be a domestic business

When grappling with how to best help small businesses in the United States, the Internal Revenue Service, Congress, and President Eisenhower recognized the need for a business entity that combined the limited liability of a C corporation and the simplicity of a sole proprietorship or partnership.

Our esteemed politicians also understood that a new, hybrid business entity could lead to all kinds of unintended consequences. (That’s how the U.S. tax code works, right? Congress passes a law, then CPAs and attorneys figure out different ways of legally working around the new law.)

To make sure that this new, hybrid entity would benefit only U.S. small businesses, the first limitation of an S corporation is that it must be a domestic business.

2. There is a limitation on the number of shareholders within an S corporation

One of the reasons the number of allowable shareholders kept increasing was to accommodate family businesses that grew over multiple generations to include multiple family members. This problem was also addressed in 2004 when new rules allowed all members of a family (as defined by the tax code) to be treated as a single shareholder.

3. There are limitations on who can be a shareholder within an S corp

Shareholders of an S corporation must be U.S. citizens or residents; non-resident aliens are not permitted to be a shareholder.

Shareholders must also be natural people; therefore corporations and partnerships are ineligible to be shareholders.

Certain trusts, estates, and tax-exempt corporations (including 501(c)(3) corporations) are eligible to be S corporation shareholders.

There have been ongoing discussions about this particular limitation and if changes should be made due to the global nature of today’s economy. When the S corporation was born in 1958, opportunities to be a nonresident alien shareholder were not that common, for example. But in today’s global economy, many businesses have employees as well as owners and investors located in multiple foreign jurisdictions.

While the limitation on who can be an S corporation shareholder will likely never completely go away, stay tuned to see what changes might be made in the future to accommodate the everchanging way that countries around the world conduct business.

4. S corporations can only have one class of stock

The Internal Revenue Service’s definition of a single class of stock means that all shares of stock outstanding must provide “identical rights to distribution and liquidation proceeds.”

Another way to interpret this definition is all profits and losses are allocated to shareholders proportionately to each shareholder’s interest in the corporation.

For sure, some businesses would have trouble avoiding these four limitations. But for the vast majority of businesses who elect to be taxed as an S corporation, these limitations rarely get in the way. And the statistics of S corporations back up this theory.

Despite the extra hurdles S corporation shareholders need to jump through, the S corporation was a smashing hit with U.S. small business owners.

All a business has to do to lose its S corporation status is violating one of the four restrictions mentioned earlier in this article:

If you’re starting a business with the goal of raising capital or attracting investors at some point in the future, electing to be an S corporation could possibly hinder these efforts.

What happens if you have an angel investor from England who wants to provide your business with several hundred thousand dollars? What about a venture capital firm headquartered in Singapore wanting to invest in your business? You would have to turn down both these potential investors because the angel investor is a foreign alien, while the venture capital firm is a partnership. Both foreign aliens and partnerships are ineligible to be S corporation shareholders.

If you are fortunate enough to find angel investors who live in the U.S., many companies will require a number of different investors. The 100-shareholder limitation can fill up pretty quickly.

Safeguarding your S corporation to withstand these limitations can help prevent your business from losing its S corp status. It can also help you put processes in place to adhere to regulations and help grow your business.

At Fusion, our CPAs are there to help. We understand different business structures, their regulations, and the impact on business tax. To make sure your business remains compliant, speak to one of our CPAs today.