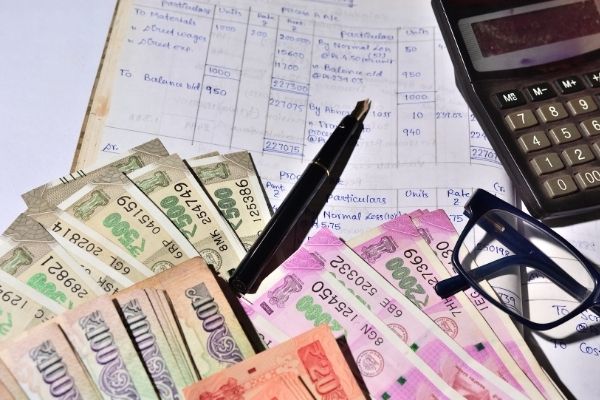 Understanding the advantages and disadvantages of fiat money and how it compares to other currencies; is an important part of grasping the complexity of accounting for it.

Accounting for fiat money is a financial service provided by outsourced licensed controllers and accountants following a set of GAAP or FASB standards. Government-issued currency and other currencies, including cryptocurrency and commodity money, are complex in meaning and accounting standards, which investors, businesses, and influential individuals will need help. While fiat currency has the advantage of being controlled by the government and economic conditions, it comes with risks and disadvantages.

To provide you with a better understanding of the fiat money system, we put together essential discussions:

Fiat currency means a currency issued by the US government and other governments and controlled by central banks based on economic conditions. It is a form of currency, referred to as legal tenders such as the US dollar, Euro, Indian rupee, or the British pound. Determining the value of the money is done by the federal government based on the country’s national economy and the government’s stability. Governments derive the value of fiat money from the relationship of supply and demand rather than the backing of a commodity’s worth.

Both money and coins meet the criteria in the fiat money definition, which comes in the form of banknotes and promissory notes between two parties. How banknotes work is that one party can use a promissory note, a legally binding agreement, to pay another party a specified amount of money. In the United States, the US Federal Reserve Bank is the only bank that can create banknotes, not commercial banks. Knowledge of the fiat money meaning helps make comparisons with digital currencies and commodity money, the next important topic.

I reached out to the Fusion team and within about a week they got me onboarded and started managing my company’s books. Now I’m able to spend more time with my family and friends, and not wake up in the middle of the night worrying about whether I categorized last month's expenses correctly or if I filled out the right tax forms. The Fusion CPA team are truly the best.

Fiat Currency versus Other Currencies

The US Federal Reserve Bank created the fiat money system for determining how much money to print and the value of a currency concerning the stability of the issuing government. Fiat is a Latin term meaning authoritative determination applied by world governments with currencies and coins. For clarity on the complexities of accounting for fiat currency and other currencies types we will compare fiat money with commodity money, gold standard, and cryptocurrency.

A fiat money example is a banknote, the US dollar, or a foreign currency including the British pound, whereas an example of commodity money is a commodity product. Deriving the value of a fiat currency is controlled by governmental policies, and commodity money has an intrinsic value derived from the made from commodity production. Commodity money is unlike representative money, which is government-produced money backed by a physical commodity like gold or other precious metals, with no intrinsic value. Other representative-money forms and financial instruments include checks, credit cards, bank drafts, and money orders.

Those payment forms are prevalent today and replace the traditional money to pay for purchases and services. Representative money has no intrinsic value and represents exchangeable objects with value. As a business owner or investor, you should consider retaining an outsourced accounting professional who knows what fiat money is and how to account for it and other digital currencies.

Abandoned by governments, including the United States, is the gold system, a former monetary system that converts paper money into a fixed amount of gold. Britain was the first to discontinue the use of the gold system in 1981, followed by the US in 1933, and completely abandoned in 1973. Both the US and Britain applied the method to respective currencies equivalent to the value of gold by converting paper money into a fixed amount. Countries that used the gold standard set the fixed price for gold purchases and sold gold at that price. Fiat money is generally issued by governments in most world trading countries, with Forbes reporting 94 percent of fiat currency existing as deposits, savings accounts, and money market accounts.

Discussed earlier on what’s fiat money, it has no intrinsic value and relies on government stability, policies, and national economic conditions. There are legal tenders, such as paper money and coins in circulation which are under the control of the Federal Reserves. Fiat currency plays a significant role in the investment industry by which an investor uses the US dollar and foreign currencies to buy and sell stocks and other trading securities.

Cryptocurrency is a digital asset utilizing electronic payment systems without government backing or bank engagements. It can act as an alternate form of money for investment traders, investors, and consumers who buy crypto tokens to make purchases. Users generally enter into an agreement with user networks on blockchains that utilize cryptographic protocols to validate transfers of value. Functions of the fiat money system are different involving government control, the Federal Reserve, and Central Banks.

Digital assets, such as a stablecoin holding, must be accounted for if an investor does not apply industry guidance. US dollars, for example, are used to collateralize the stablecoin and redeem it into assets. The asset type differs because the crypto asset minimum price volatility links to the value of a fiat currency or a commodity. An outsourced controller or CPA will consider GAAP if the holder has a majority interest. Stablecoins as financial assets or instruments consisting of derivatives consider FASB ASC 815.

Fusion CPA is a trusted accounting and tax firm specializing in outsourcing accounting services for preparing financial statements and IRS tax reports. We utilize the appropriate accounting practices and standards of FASB ASC or GAAP to account for financial transactions, including holders of cryptos, fiat currency, commodities, and other assets. Our team of outsourced professionals work with all sized businesses, investors, and institutional investors to ensure financial reporting is accurate, ethical, and complete.

Find out about our outsourced business advisory services