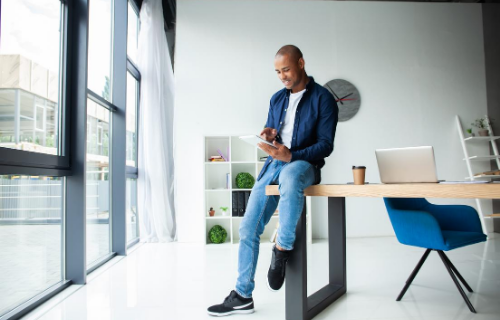 Successful African American entrepreneurs have made their wealth and grown their organizations by creating new ideas or by finding innovative solutions to complex problems. Some of the most impactful business founders of the 21st century are of African-American heritage.

As trailblazers, they have built enterprises that span all industries. They include renowned names like Janice Bryant Howroyd, founder and CEO of Act 1 Group, Robert L. & Sheila Johnson, the force behind black entertainment television, and media mogul Oprah Winfrey.

The example of the current generation of successful African American entrepreneurs is encouraging more young people to catch the entrepreneurial spirit.

In addition to creativity, drive, and resilience, these entrepreneurs have founded their businesses on sound bookkeeping and tax strategies.

Oprah Winfrey is a household name and an entrepreneur many times over. Her entrepreneurial successes include being the CEO of Harpo Inc., launching her own magazine, and owning her own television network.

When mentioning her approach to bookkeeping in a 2001 episode of her show, Oprah discussed debt and showed a correlation between the debt you carry and the ability to grow wealth. She described the towel theory, whereby as a person’s income increases, the types of things they purchase for themselves, like new towels, become more expensive, leading to debt. The conclusion is to keep saving, earning, and investing in balance.

Successful entrepreneurs, likewise, work to avoid unnecessary debt. They also must distinguish between good debt and bad. Good debt includes loans, lines of credit, or mortgages that are used to benefit the company. Bad debt is debt that cannot be leveraged with growing the business.

Daymond John is the multimillionaire featured on the popular ABC television show Shark Tank. In 1989, he launched the clothing line FUBU and is the founder and CEO of Blueprint + Co. He has a current net worth of more than $300 million.

When discussing his approach to taxes, Daymond talked about how there are several good business ideas, but that for many entrepreneurs it’s a struggle to understand payroll taxes for employers. He said, “They don’t have the financial literacy to scale.”

Payroll taxes represent one of the greatest liabilities for entrepreneurs. There are four reasons why this is true.

1. Payroll taxes can be complicated, and dedicating time to them does not add value to the business. So entrepreneurs mistakenly delegate this tax duty to others who don’t understand the process well, which ends up costing them money. Daymond spent years finding the right tax professionals to help him. Before he did, he lost a lot of money.

2. The government takes its time in collecting back payroll tax. So entrepreneurs fall into the trap of seeing the government's money as their money. However, when the taxman comes, the fines and interest are unbelievable.

3. If an entrepreneur does not pay payroll taxes, they can receive a penalty as the responsible individual that equals 100 percent of the withheld tax that has not been remitted. A corporate shield will not protect an entrepreneur from this penalty.

4. Bankruptcy will not discharge trust fund taxes. Payroll tax is a trust fund tax because this is money that you withhold from your employees and promise to give the government on behalf of them. This makes it clear why Daymond is adamant that entrepreneurs understand payroll taxes and their impact on their business’s growth.

Fusion CPA has worked with successful African American entrepreneurs by helping them get the deductions they deserve, avoid audits, and make real-time decisions. Learn more about the services we offer by clicking the button below and scheduling a no-obligation meeting with our team.

This blog article is not intended to be the rendering of legal, accounting, tax advice, or other professional services. Articles are based on current or proposed tax rules at the time they are written and older posts are not updated for tax rule changes. We expressly disclaim all liability in regard to actions taken or not taken based on the contents of this blog as well as the use or interpretation of this information. Information provided on this website is not all-inclusive and such information should not be relied upon as being all-inclusive.